Review of Evolution: A View from the 21st Century, Fortified: James Shapiro

Evolution: A View from the 21st Century, Fortified is James Shapiro’s magnum opus, a triumph of 50 years of intense scholarship – from the man who discovered that bacteria can restructure their own DNA.

If you’re brand new to evolution, or not scientifically adept, feel free to skip this book. But for intermediate or advanced students, it’s a feast.

The intended audience ranges from the general reader who is somewhat familiar with evolution, to the most rigorous molecular biologist.

On the right, the 2011 and 2022 editions are pictured together. This new volume contains:

-A complete reproduction of his out-of-print 2011 book, which is not even slightly obsolete. In fact the 2011 book was short and incredibly dense with a remarkable amount of information on each page. The science textbook equivalent of a thick rich slab of pecan pie.

This is accompanied by: 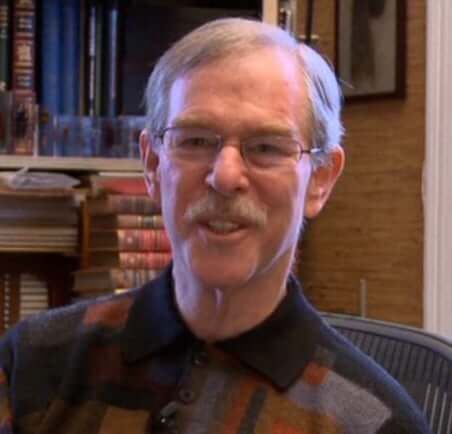 -An introduction that explains, with zero hyperbole, the absolutely CRUCIAL nature of getting evolutionary science back on the right track. For 100 years the field of evolutionary biology has been built on quicksand. All the major assumptions of the “Modern Synthesis” have been disproven. The five most popular books on evolution by Dawkins, Coyne and Futuyma omit nearly all the most important discoveries.

The Modern Synthesis aka Neo-Darwinism has wrought devastating consequences on the human race in failure to solve cancer, viruses and infectious diseases. The implications of this run for miles in all directions.

In this book, James Shapiro describes:

-A dozen or so Huffington Post articles written by Shapiro, aimed at general readers, including helpful added commentary and dialogue from the blog discussions. Topics range from unsung heroes of evolutionary biology such as Evelyn Witkin to the now-thoroughly-discredited “Junk DNA” theory, to outdated concepts of the (selfish) gene.

-Papers on the Read-Write genome, a concept which all by itself turns biology upside down and inside out. Traditional evolutionary theory is rooted in a misinterpretation of Crick’s “Central Dogma,” which insists that information can only flow one way. It has been demonstrated far beyond dispute that organisms not only read instructions from their DNA, they also write instructions TO their DNA, because the genome and organism are engaged in a dance. Without this, evolution would not be possible.

-In my opinion the most important and profound paper is “All Living Cells are Cognitive” (page 541). Where does Natural Genetic Engineering come from? How do cells get their ability to engineer their way through any imaginable situation? No one knows for sure, but one thing all life forms have in common is they are smart. They don’t just ‘act smart’ on certain occasions. They ARE smart.

“Cognition” is a technical term that encompasses cellular intelligence and this paper makes an unassailable case that all life forms are a lot smarter than most people think they are.

In my opinion cognition is THE central question in biology, and like the related concept of consciousness, it is unsolved. But what is unmistakably clear is that it is there and the mystery is staring us in the face.

If you begin with the understanding that this is the #1 issue in evolution, everything else you discover in Shapiro’s work will make sense. As Barbara McClintock said, “A goal for the future would be to determine the extent of knowledge the cell has of itself, and how it utilizes this knowledge in a “thoughtful” manner when challenged.” (McClintock 1984).

When she made this statement, I don’t believe the world was ready to grapple with this question. Today, with the “hard problem of consciousness” now being at the forefront of biology, philosophy and psychology, perhaps we are ready to confront the magnitude of this mystery.

-A bulwark of scholarly references distributed throughout the book. I estimate 2,000 to 3,000. His original 2011 book had over 1100. This book is a solid foundation for a lifetime of scholarship for future students of evolution.

The book is justifiably endorsed by some of the finest evolutionary thinkers of our time, including Lynn Margulis, Carl Woese, Denis Noble and Sydney Altman. It poses decades of future research questions and avenues of exploration. It points to dozens of mysteries and unanswered questions, and answers to any of them could merit multiple Nobel prizes.

Considering that many of these papers are paywalled and cost $40 each to download, the price of the printed book is a bargain; the Kindle edition is a triple bargain.

Shapiro has had his share of detractors, both on the Intelligent Design side (some of whom insist that such problems are scientifically unsolvable) and on the reductionist / Darwinist side (who have vastly underestimated and under-reported nature’s ingenuity for a century).

There are three things to say about this:

1) I’ve been following Shapiro’s work for 15 years and I’ve never seen anyone mounting criticisms come to the table with anything even approaching Shapiro’s level of scholarship and rigor. If there is one thing to be learned from James Shapiro, it is: Never bring a knife to a gunfight. He showed up to this fight with tanks and aircraft carriers.

2) Since the 2016 Royal Society “New Trends in Biological Evolution” conference at the Royal Society in London, which Shapiro helped organize, the old-school Neo-Darwinists have gone silent. This is because Neo-Darwinism is utterly impossible to defend. These men should frankly be ashamed at their overt efforts to obstruct the process of science, especially during the last 30 years. I attended the Royal Society meeting in person, and it was a remarkable de-throning of what prior to that time was an unassailable cabal of bullies. The present task is now to disseminate accurate information.

3) Despite his detractors, Shapiro remains a perfect gentleman at all times. Evolution debates can be as rancorous as any field you’ve ever seen, but throughout his career he has insisted on civilized dialogue. His delivery is calm, peaceable, factual and never polemical.

It is difficult to overstate how inhospitable the field was to “Third Way” ideas especially 20-30 years ago. Like his mentor Barbara McClintock, he was ridiculed. For decades it was nearly impossible to get funding for such concepts and for a very long time, despite his accomplishments, Shapiro was an outlier.

Yet he has over time literally silenced his critics, and in some circles (such as the American Association of Cancer Research’s Cancer and Evolution Working Group), he is revered. He co-founded the group, which now encompasses over 100 involved scientists.

It is beautifully packaged and scrupulously edited. Shapiro does not indulge in “techno-latin” or bandy about buzzwords just to sound smart. To the greatest extent possible he delivers his message in plain English.

There are very few books that are both understandable to lay people and rigorous enough for the most demanding geneticist or molecular biologist. “Evolution: A View from the 21st Century – Fortified” is nothing less than THE definitive book on biological evolution. It will reshape the field for many decades to come.

NASA Jet Propulsion Labs uses his 80/20 Curve as a productivity tool. His reinvention of the Pareto Principle is published in Harvard Business Review. His Ultimate Guide to Google Ads is the best-selling book on internet advertising. A business strategist and electrical engineer, Perry founded the largest science research award in history. The $10 million Evolution 2.0 Prize will be judged by scientists from Harvard, Oxford, and MIT. Seeing that existing financial incentives favor prolonging cancer rather than curing it; and realizing the medical profession has incorrectly defined the disease in the first place... he chose to apply entrepreneurial thinking to the problem.

You must use your real first and last name. Anonymity is not allowed. Your email address will not be published. Required fields are marked *

What Exactly is Cancer Anyway?

From Evolution to Cancer: The Oral History of Our 7-year Journey